PART I (DIRECT RECRUITMENT)
Applications are invited online through 'ONE TIME REGISTRATION' facility from qualified candidates for selection to the under mentioned post in Kerala Government Service. Candidates who have already registered can apply through their profile.

1. Department : Various
2. Name of Post : Lower Division Clerk
(Re-designated as Clerk as per G.O (Ms.) No. 120/2013/(138)/Fin. dated 04.03.2013)
Note:- (1) This will include the integrated post of Lower Division Clerk/ Village Assistant in the Revenue Department.
(2) Vacancies of Lower Division Clerk in Kerala Municipal Common Service will also be filled up from the Ranked List prepared for each district in pursuance of this notification without obtaining willingness from the candidates. (For Direct
Recruitment only).

Note:-
(1) The list of selected candidates published by the Commission in pursuance of this notification shall remain in force for a minimum period of one year provided that the said list shall continue to be in force till the publication of a new list after the expiry of the minimum period of one year or till the expiry of three years whichever is earlier. Candidates shall be advised for recruitment from the list prepared in pursuance of this notification against the vacancies reported to the District Officers of the Commission during the period of currency of the said lists. In case no candidate is advised from the list till the expiry of the period of 3 years, the duration of the list shall be extended for a further period of one year or till at least one candidate is advised from the list whichever is earlier.

(2) 3% of the vacancies reported to the Commission for the above post shall be reserved for appointment of Differently Abled persons, limited to the categories of Low Vision, Hearing Impairment and Locomotor Disability/Cerebral Palsy as per G.O (P) 1/13/SJD dated 03.01.2013. A separate list of such candidates shall be prepared along with the Ranked List (Differently Abled candidates must enter the details in the Declaration Link and Weightage Details Link of their profile). They shall be advised against Sl.No. 1, 34, 67 in a cycle of 100 fresh vacancies as per rules. Differently Abled candidates included in the Main list/Supplementary lists for reservation communities shall also be included in the list prepared exclusively for them on the basis of merit. If candidates in the list (Main list/Supplementary list/List for DA) is advised from any one of the above list on Open/Reservation/DA quota, the name of the candidate shall be deleted from the other list(s). Relaxation in age and award of Grace marks will be given to the Differently Abled candidates as stipulated in the existing Acts & Rules.

(3) Candidates who are eligible to apply for both Direct Recruitment and Recruitment By Transfer need not select the same district for both categories. But they should submit separate applications for each category even if they selected the same district. Candidates who are already included in the Ranked list for By Transfer Recruitment in any one district are not eligible to apply for By Transfer recruitment. Candidates who are included in both lists under this notification and advised from any one of the lists shall be deleted from the other list as per Rule 18
(iii) of the KPSC Rules of Procedure.
(4) Candidates advised as Lower Division Clerk/Village Assistant in the Revenue Department from the Ranked List to be prepared in pursuance of this notification will be sent by the Department for Survey Training if they have not already passed Chain Survey Test.
(5) Selection to this post will be made on the basis of a Competitive Test of the SSLC Standard.
(6) Candidates willing to be posted as Lower Division Clerk in Kerala State Archives Department must submit willingness. Such candidates are eligible for appointment in other departments also, as and when their turn for recruitment arises.
If a person is once advised for appointment in the State Archives Department, he will not be further considered for appointment in any other Department on the basis of that select list. Persons appointed as Lower Division Clerk in State Archives Department have to undergo during the period of probation, an Inservice Training in “Old Scripts” as may be prescribed by the Government.
(7) The selection test will be conducted at different centres in each district (The name of the Examination Centres will be published later). The candidates should appear for the examination wherever they are admitted. As the selection is District wise, candidates will be allowed to appear for the test only in the examination centres for the District, which they have opted in the relevant column of the application. Candidates should be present at the examination centre on or before 1.30 pm on the date of examination. Candidates who failed to do so will not be permitted to attend the examination.
(8) The selection in pursuance of this notification will be made on district wise basis, subject to the special conditions laid down in G.O. (Ms) No.154/71/PD dated 27.05.1971. A candidate advised for appointment in one district from the Ranked List prepared for that District is not eligible for transfer to another District for a period of 5 years from the date of commencement of regular service in the former district. Even if transfer is allowed after 5 years, it will be subject to the rules in G.O. (P) No.36/91/P&ARD dated 02.12.1991 for inter district transfers in same Department and G.O. (P) No.5/2013/P&ARD dated 06.02.2013 for inter departmental transfers. But as per G.O. (P) 12/96/P & ARD dated 16.03.1996, the condition of 5 years service is not applicable for the transfer to the Districts of Idukki, Wayanad and Kasaragod. This concession will be available only for getting transfer into these districts, but not for getting transfer out of these districts and this concession will be granted only once in the career of a Government Servant. Candidates already in Government Service holding the post in any one district are prohibited from applying for the same post in another District.
(9) For appointment in the Headquarters vacancies no separate option is necessary. They will be considered for appointment in the Headquarters vacancies also without such option. Vacancies arising in the Headquarters will be filled up according to the terms and conditions of G.O.(Ms) No 154/71/PD dated 27.05.1971, commencing from Thiruvananthapuram District.
(10) If the community claim in the application differs from the community noted in SSLC, then such changes are to be published in the gazette on or before the date of verification of original documents and the same should be produced along with the Non Creamy Layer Certificate issued by the Revenue authorities at the time of One Time Verification or as and when required by the commission.

5. Method of appointment : Direct Recruitment.
6. Qualification : Pass in SSLC Examination or any other equivalent qualification

Note :- 1) Rule 10 a(ii) of Part II KS &SSR is applicable
2) Those who claim equivalent qualification should produce relevant Government Order during “One Time Verification” to prove that the qualification claimed is equivalent to the prescribed qualification for this post.
7. Age limit : 18-36, Only candidates born between 02.01.1983 and 01.01.2001 (both dates included) are eligible to apply for the post with usual relaxation to Scheduled Caste/ Scheduled Tribe and Other Backward communities. (Including the relaxation as per Para
2(i) of the General Conditions)
[For concessions allowed in upper age limit, subject to the condition that the maximum age limit shall in no case exceed 50 (fifty) years (including all concessions). Please see Para (2) of the General Condition under Part II of this notification] Note :- Typists in the Various Departments including Secretariat and Office of the Kerala Public Service Commission possessing SSLC qualification are eligible to apply in response to this notification in case they possess not less than 4 (four) years regular service on the date of application. The maximum age limit for such persons will be 40 (Forty) years (born on or after 02.01.1979) with usual relaxation of three years in case of OBC and 5 years in case of SC/ST candidates. The candidates in this category are not entitled to the benefit of reservation. Such applicants should obtain a Service Certificate from the Head of the Department or Office showing their length of service and service to which they belong and produce the same as and when required by the Commission.

This Day In History 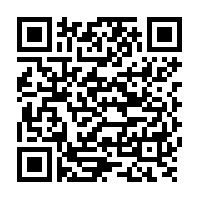